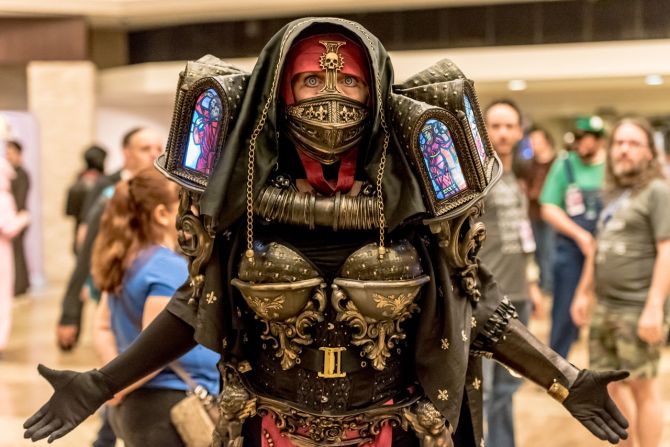 With just 5 weeks to build a legitimate Warhammer 40K costume using only salvage and thrift materials (excepting corset and boots), I didn’t have a chance to try the whole thing on before taking it to Dragon Con 2016. That’s cool, though. I knew going in that there were some lingering issues and that the convention photography would reveal all. But the photos also revealed the best of it, too.

The response to the “Inquisitor Oriza” project was overwhelmingly positive and I’m especially grateful to every camera and phone that took a minute to record the result. I’ve gathered a few of these pictures here (with credit to the photographers) to recognize the compliment that’s paid every time someone takes time to craft your image in a photo. It’s sincerely appreciated. Every time. Thank you. 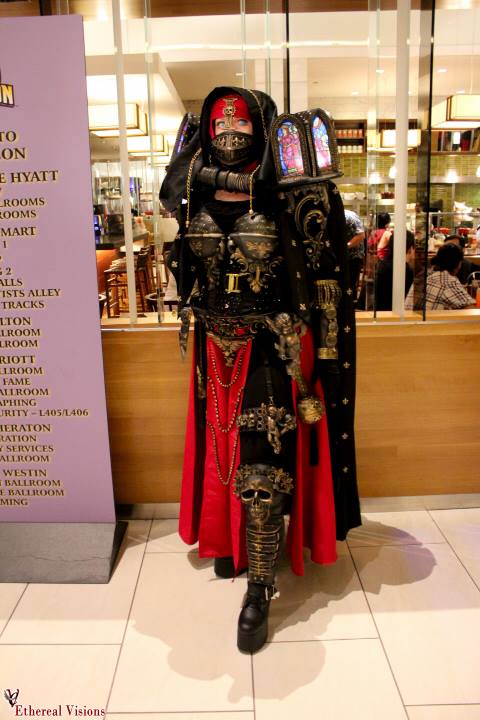 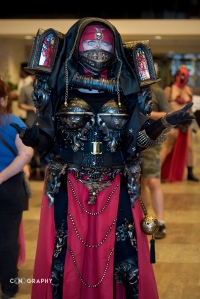 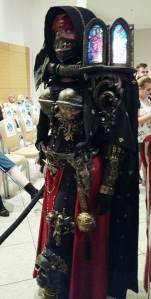