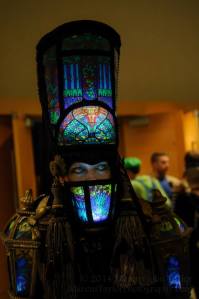 Starting with a stack of thrift store coloring books, the “Abbey” costume project is easily the most labor-intensive and difficult task I’ve taken on.  So much…coloring. Seriously, I colored like manic five-year-old for weeks. Now, just the sight of a child’s crayon-ready placemat at Denny’s gives me the shivers.

Inspired by the outsized world of Warhammer 40K Adeptus Ministorum and influenced by Art Nouveau style, this costume evolved with my traditional tool kit of thrift store elements, no-sew shortcuts… tiny investement but lots of persistence.  It’s worth noting that I actually measured some things for this project (with a real measuring tape), which I consider a significant leap forward on my “things I can do” list. I’ll be posting the build background on the “Abbey” project pretty soon.

Abbey stepped out for the first time at DragonCon in Atlanta on Labor Day weekend.  And I had a fantastic time with this costume!  Convention-goers, friends and photographers were very kind – and happily, there’s a pretty good photo record from the event of her progress. The following images are Convention photos taken at DragonCon and I’m especially grateful to the photographers credited here (pros and amateurs alike!). Thank you to everyone who took a minute talk with me and help preserve the memories! 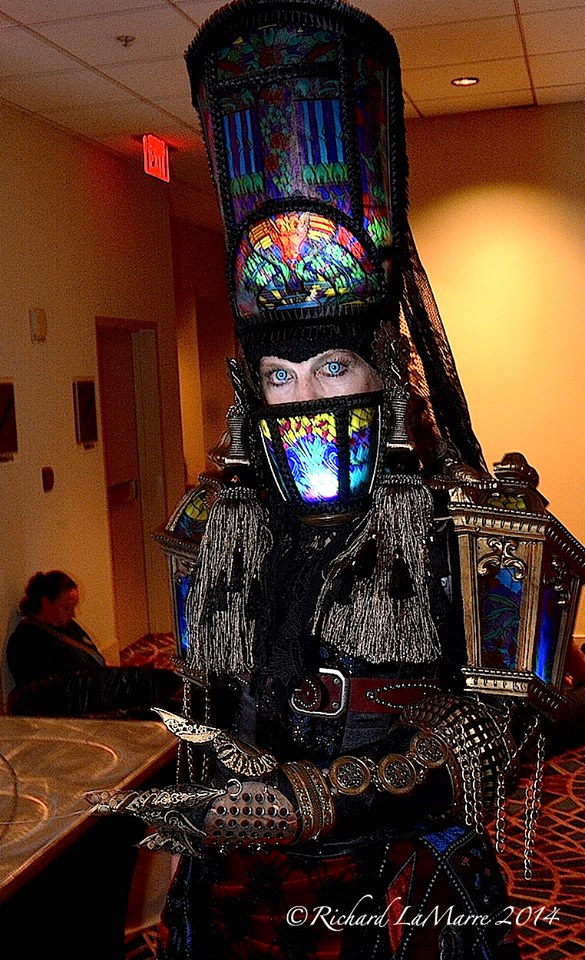 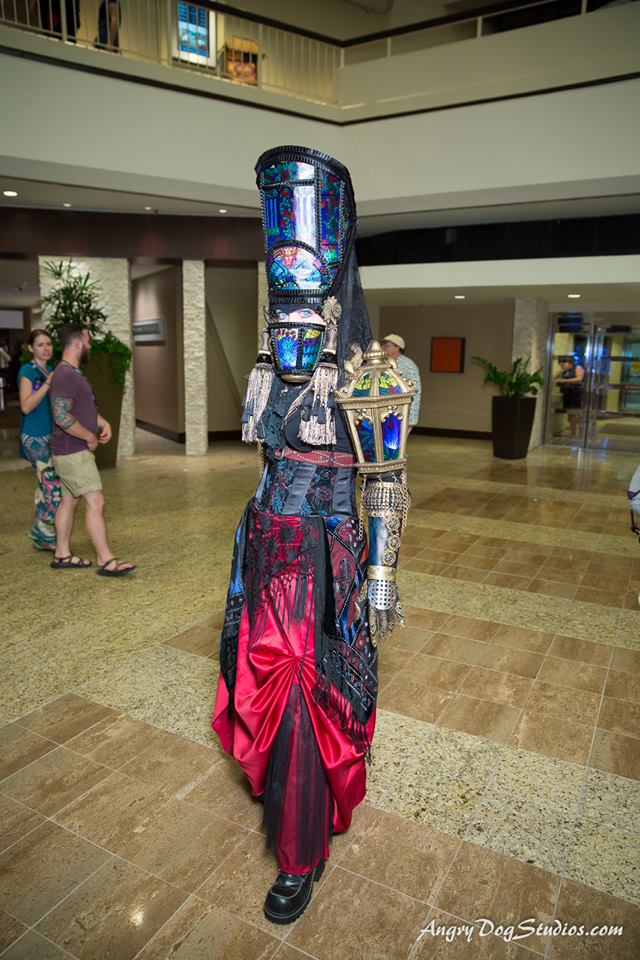 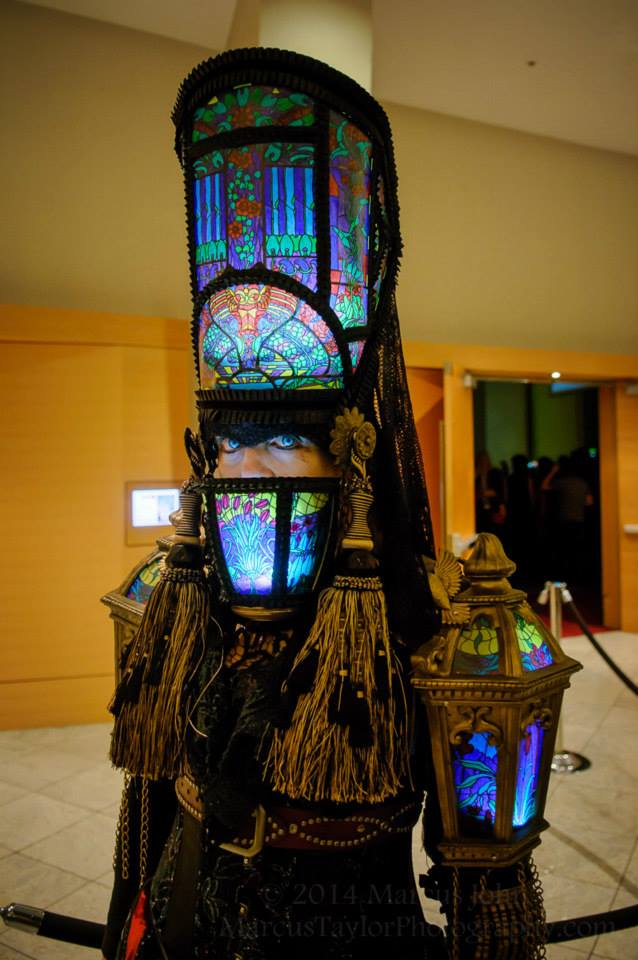 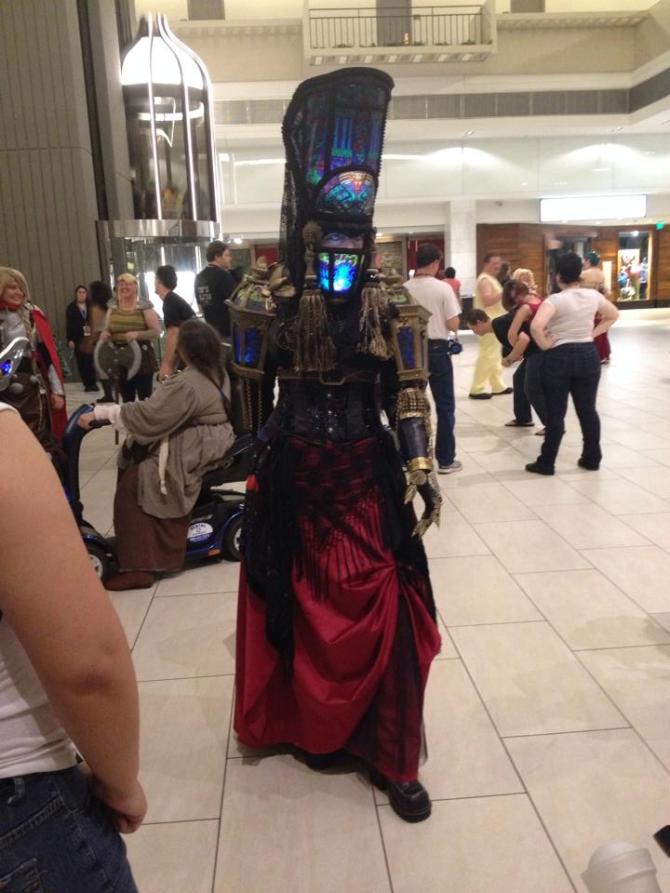 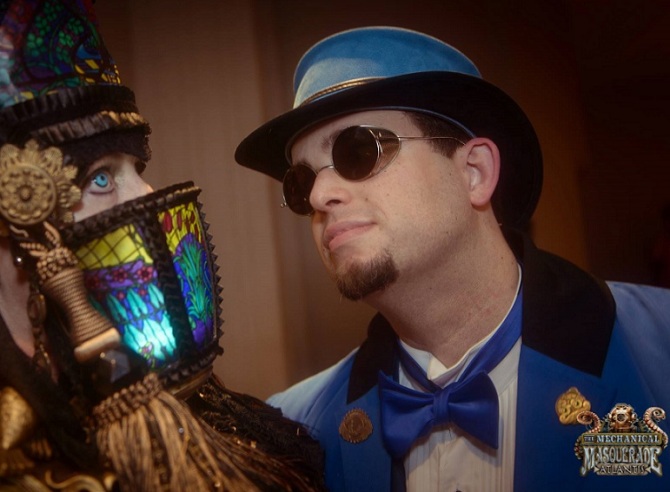 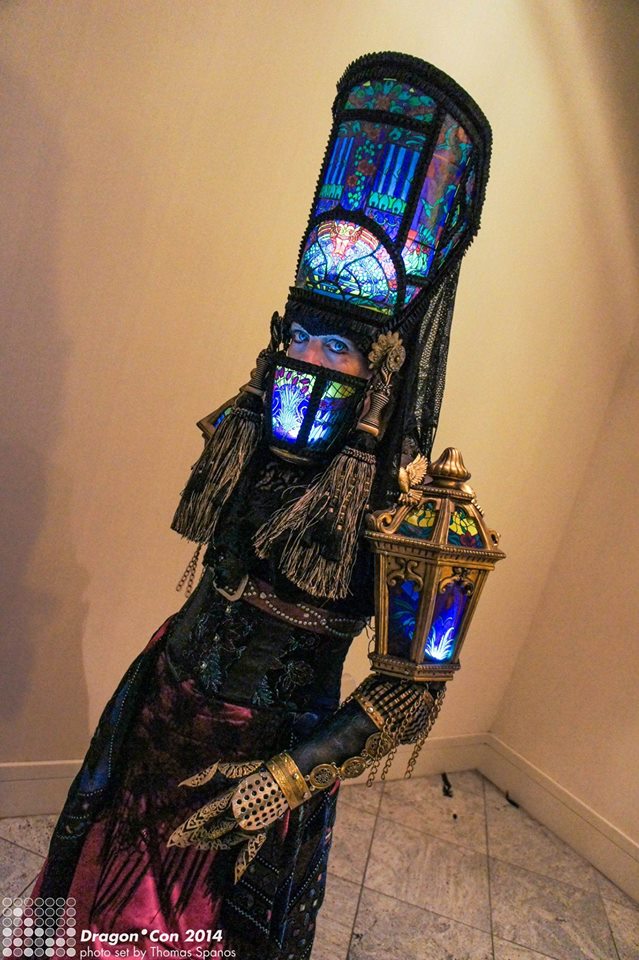 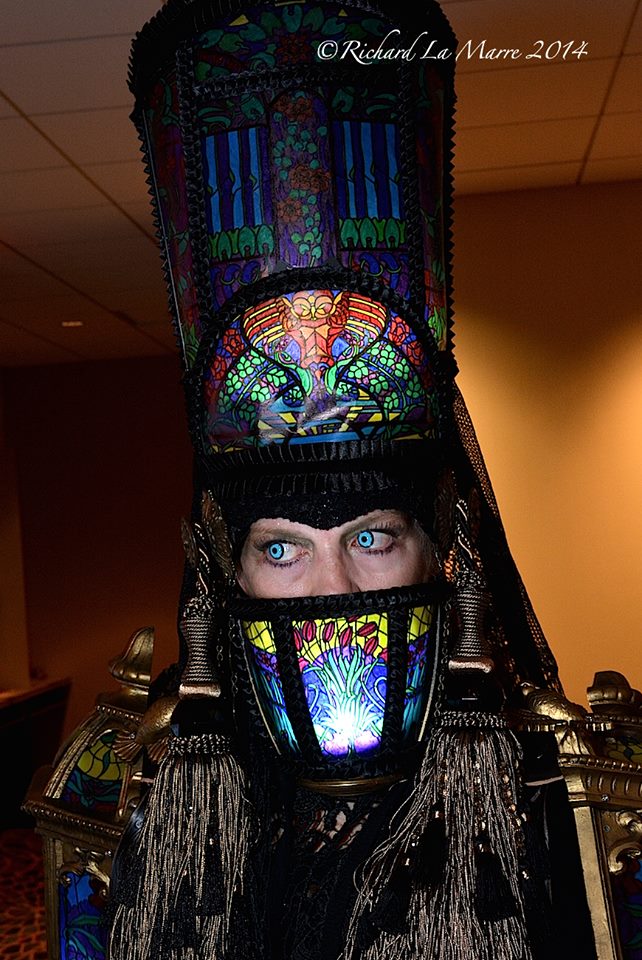 5 thoughts on “The Stained Glass Costume Project: “Abbey” at DragonCon”